First of all, a huge thank you to everyone who responded to my post last week. I felt heard and that really means a lot.

So, onto this week. I'd like to talk about one of my favourite creators, Jefferey Saddoris.

I used to enjoy a podcast called On Taking Pictures, hosted by Jefferey and Bill Wadman. It was ostensibly about photography, but it was really a much more nuanced conversation show than that. Jefferey and Bill discussed art and philosophy and the human condition in a really open and honest way. It was one of the first shows where I got to experience two people talking in such a vulnerable way and it really resonated with me because that's what I do too.

The show finished up a few years ago, and since then Jefferey has continued to make audio content, either on his own or with others. His most recent iteration is called Deep Natter, a show that Jefferey co-hosts with Sean Tucker, a UK-based artist who publishes videos, photos and books. Their conversations are in a similar vein to the OTP convos, with as much banter and laughs as there is serious discussion, and even tears.

Two weeks ago, the episode of Deep Natter was about fear (episode 19). Jefferey prefaced it by saying that he wasn't sure whether to put it out or not. It was raw and vulnerable and right in my wheelhouse, as those of you who have been following my content would probably guess. This week they continued the discussion and talked about what an incredible response they got to that episode. I responded too, by sharing audio clips on Twitter. Like this one (which will hopefully render in your email client, but click through if it doesn't or just read the transcription below):

I mean, come on! I could've spoken those words, and probably have at some point. Fear is the mind-killer, right Frank Herbert? Bloody right it is.

Over the past few months, I've gotten out and gone to open studio nights, I've gone to some small gallery shows and just sort of tested the waters and seen what's out there. And, in a rare moment, Sean, I'm going to tell you, in every case, I looked at that work and I went 'my work is every bit that good. In every case!

To hear an artist say those words is so inspiring. I've followed his conversations for years and have been making my own content for more years than that. And I've felt that same fear at putting my work out there that Jefferey has spoken about so many times. I'm in that space right now, in fact, as I write these words. I mean should I really publish this? Isn't it just waffly garbage? Does anyone really care?

I feel the same way about my YouTube channel. But this is where listening to Jefferey helps me so much. I've been in that place he spoke of in his rare moment above. I've seen videos with millions of views that I could make in my sleep, videos whose value I can't see. And I see the lack of views on mine, on my blog posts, on my newsletter, and I find myself succumbing to that numbers merry-go-round, where I start to value my work based on numbers.

Then I hear artists like Jeffery and Sean and Bill and Jack Lowe and I think, 'wait a minute! My content is as good and, in many cases, better than what's earning a lot of people a living'. And then I find the courage to post a vulnerable video on Facebook, where there are actual people that know me, videos like this one I made on my 50th birthday.

And d'you know I got some of the most amazing personal responses to that video that I've ever got for anything that I've made.

And yet that fear is still there, every day. But I keep going, I keep making. I wish I could stop looking at the numbers, but I can't. What I can do is acknowledge their irrelevance and continue working towards becoming the best version of myself that I can be, simply by showing up and doing the thing.

And it's working, dear reader. That's largely thanks to the meaningful and heart-felt responses that I receive from a few people. You show me that I matter and that what I say is helping you as much as Jefferey's conversations have helped me over the years. And for that, I thank you. 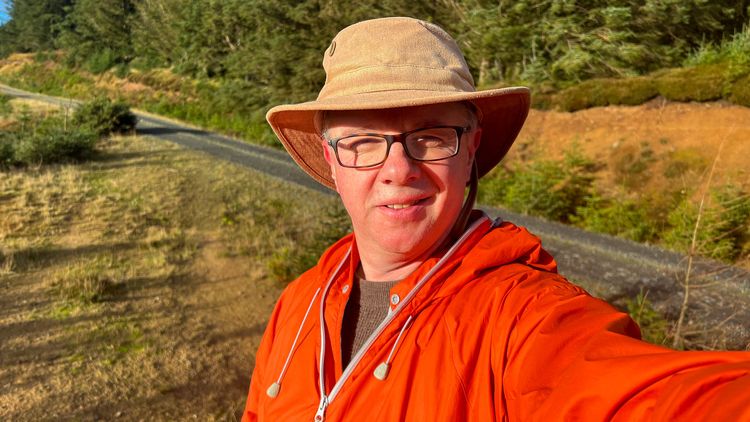 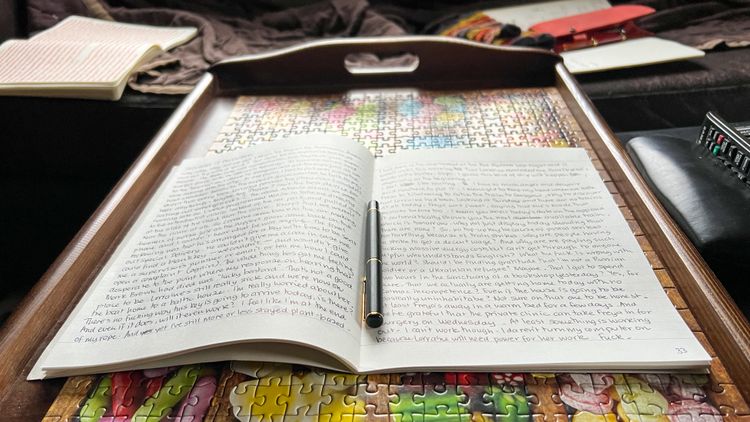